Under One Moon, was an interactive art piece by John Ozbay to explore photos of the moon taken at the same time, during the 'Supermoon' of 2016. It used over 2+ million public photos posted on Instagram with relevant hashtags during the supermoon from different parts of the world. Later an algorithm matched photos taken within a few seconds of each other, and displayed them on the map based on their coordinates. A project ideated by my good friend Joel Lundblad, his friend Brad Warsh, and programmed by me. It used Firebase for database, NodeJS for parsing Instagram and a WebGL Globe to visualize the photos.

Between November 11th and 14th, we have experienced the biggest, closest and brightest full moon since January 26, 1948. And it won’t be this close to earth again until November 25, 2034. Reminding us that no matter who we are, where we are or what our differences are; we are all under one moon together. And it is shining brighter than ever.

Under One Moon is no longer available on the internet due to how costly it was to host the images and maintain this database for long periods of time. But here are a few screenshots of how it looked like: 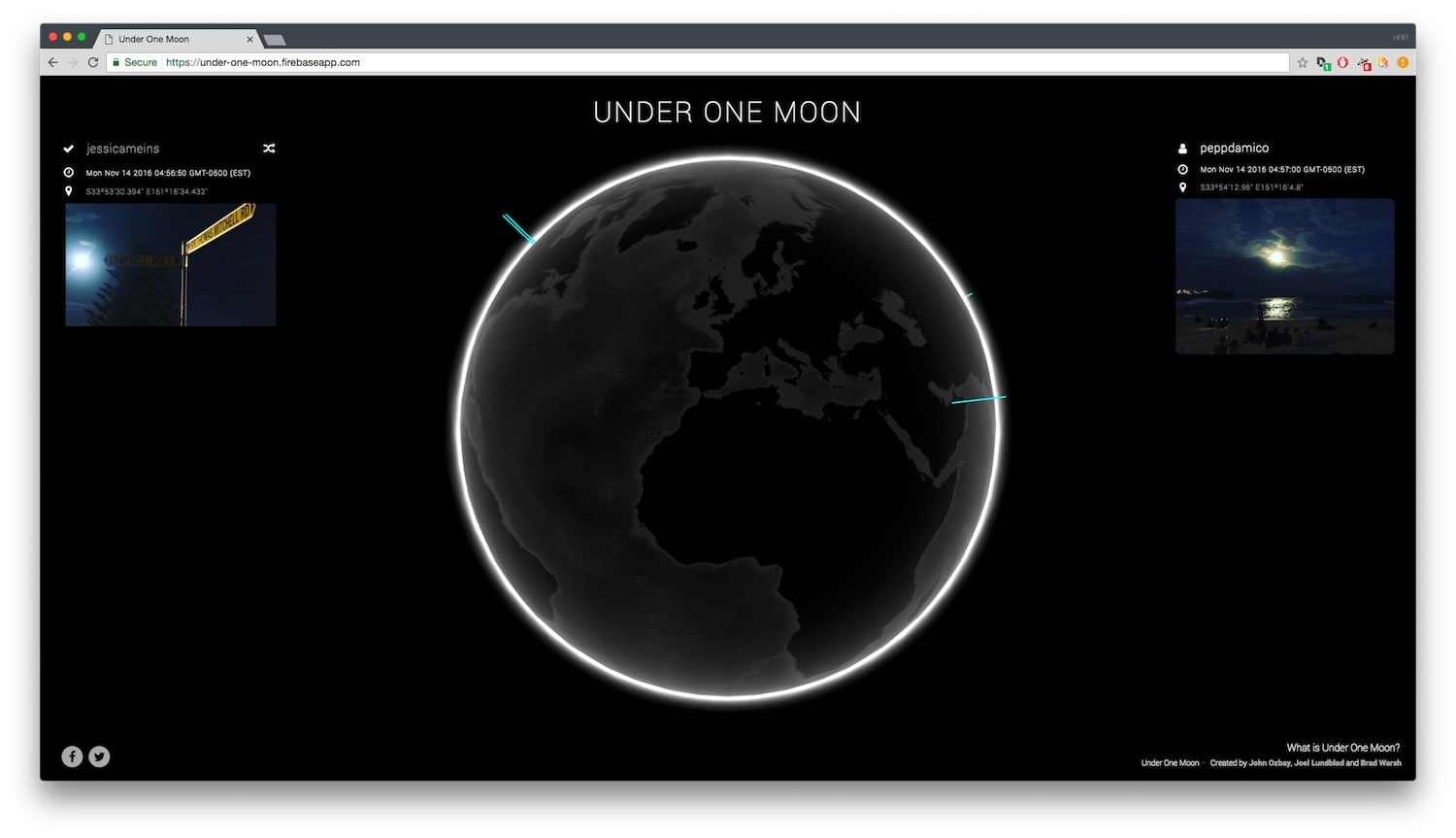 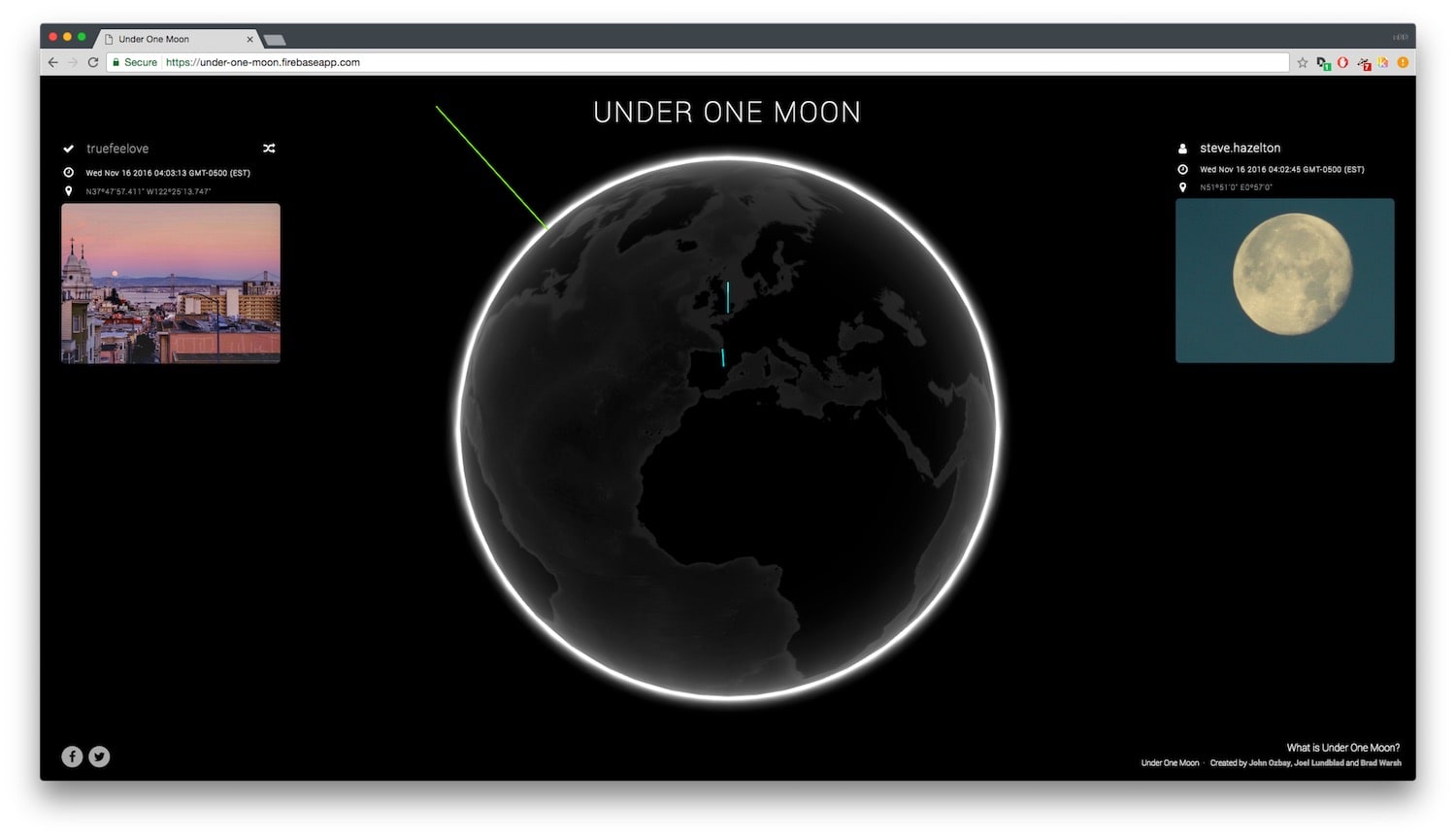 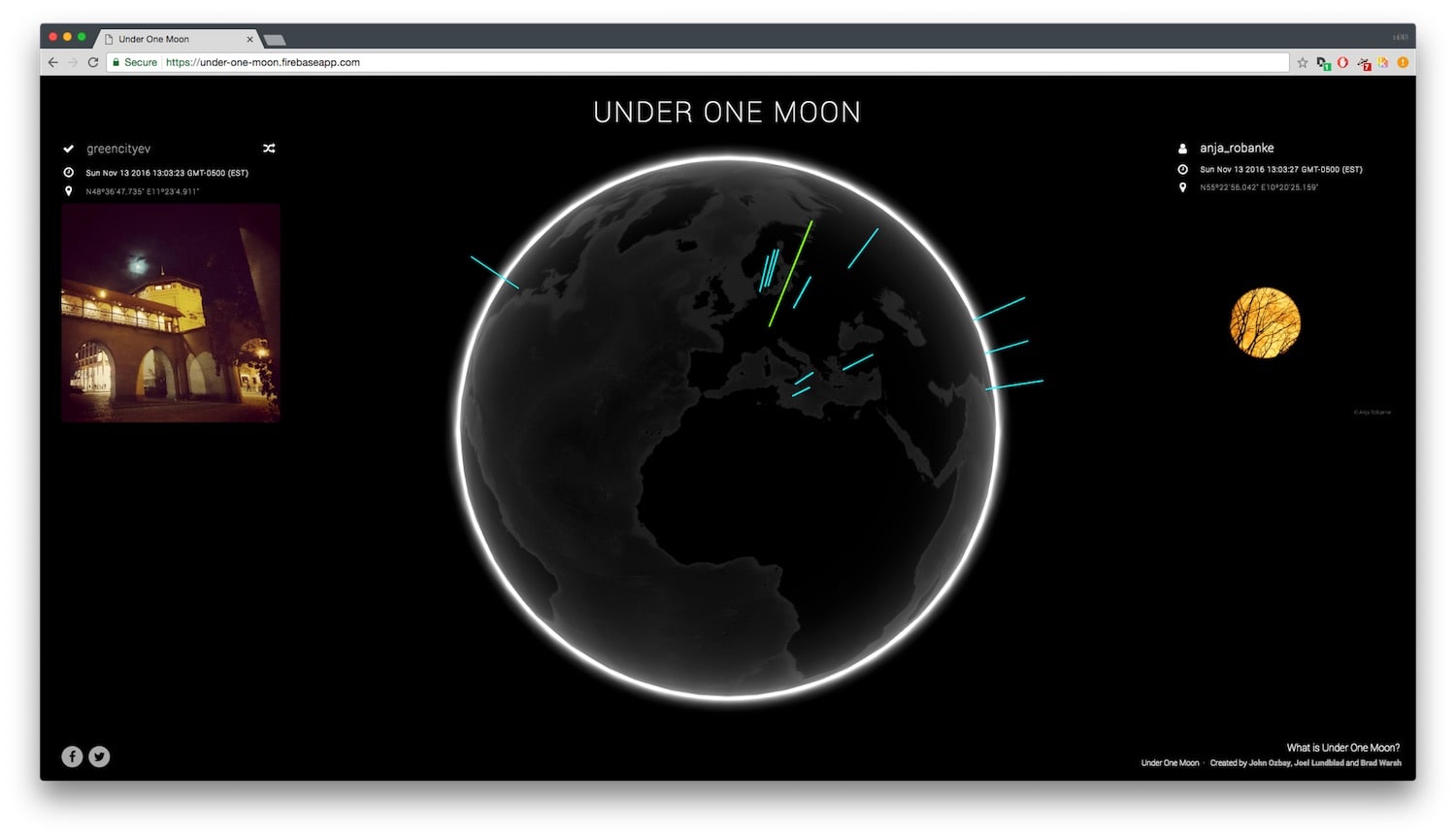