2016 was an important year for Hollywood. Celebrities took the stage to draw attention to climate change, human rights, racism, sexism, and much more.

MasterCard partnered with Stand Up To Cancer to raise money and attention to help fight cancer. Initially the goal was to get celebrities to help the cause. However, during the Oscars season, this was practically impossible given the amount of media focus and partnerships they already had. Realizing this won’t work, MasterCard approached me via McCann to create a unique experience for the Oscars this year.

The goal? Crash the Night Before The Oscars Party! According to the celebrities and press, it worked brilliantly. Even more successfully than originally anticipated.

What if we could read celebrities’ minds? Can we literally make an oscar figurine that stands up to cancer? Combining these two crazy ideas, I’ve decided to create an installation that uses EEGs, and see how well the celebrities can focus during a night out. Using Neurosky EEGs, the installation would read celebrities’ brainwaves, measure their focus/attention. The more they focus, the more their automatons would stand up to cancer, and when they lose focus, it would slowly sit back down. (Oscars committee didn’t allow us to make something that looks like an oscar figurine, so we’ve switched to more abstract automaton looking shapes in the end.)

Having only three weeks to complete the project, I needed more hands on deck. So reached out to NEST Environments in California to help build the physical parts of the installation based on schematics. This allowed us to save time, and money by not having to ship the installation. They’ve started working on the parts in California, and I’ve started working on the electronics & software in New York.

To power the installation, I’ve hooked up Neurosky bluetooth EEG headsets to Max / MSP over OSC using a custom library built for the installation. This was all great, but I wanted a game. Competition always drives more attention. But if it needed to be a game, it needed podiums that had winner lights, it needed someone to moderate the game, but I didn’t want a big red start/stop button. So I’ve programmed a custom android app that allows the MasterCard brand ambassador and myself to moderate the game also via OSC. This app allowed us to monitor the headset connectivity, battery status, sensitivity (which I’ve realized is different for every person), start/stop the game, and override the automaton/figures in case of an emergency. We wouldn’t want someone to get hurt right before the Oscars night.

Got help from Silver Birches, the official vendor of the party for the build of the booth and lighting. As a result, with the generous help of Nest and Silver Birches we’ve created a beautiful, massive piece of machinery that had MasterCard’s logo made out of gears, and was a total celebrity magnet. 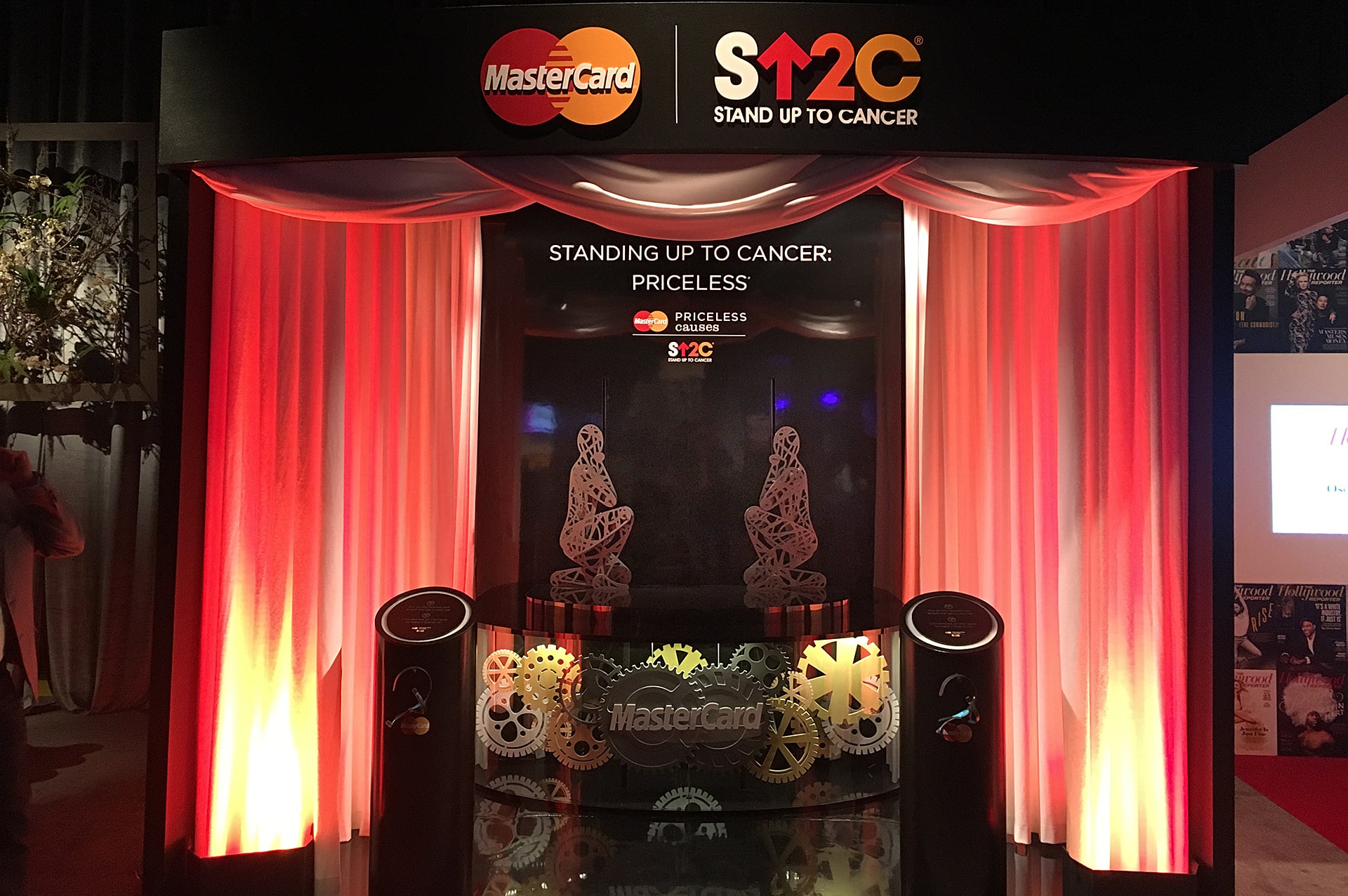