the art of noises

The Art of Noises (L’arte dei Rumori) is a futurist manifesto, written by Luigi Russolo in a 1913 letter to friend and Futurist composer Francesco Balilla Pratella. In it, Russolo argues that the human ear has become accustomed to the speed, energy, and noise of the urban industrial soundscape; furthermore, this new sonic palette requires a new approach to musical instrumentation and composition.He proposes a number of conclusions about how electronics and other technology will allow futurist musicians to “substitute for the limited variety of timbres that the orchestra possesses today the infinite variety of timbres in noises, reproduced with appropriate mechanisms”. Russolo designed and constructed a number of noise-generating devices called Intonarumori and assembled a noise orchestra to perform with them. A performance of his Gran Concerto Futuristico (1917) was met with strong disapproval and violence from the audience, as Russolo himself had predicted. None of his intoning devices have survived.

With 2013 being the 100th anniversary of both The Art of Noises and John Cage’s birth, the directors of CMU’s Wats:ON? Festival, Golan Levin and Spike Wolff felt the time was ripe for a presentation of noise, and decided to re-construct the forgotten Intonarumori instruments. Carl Bajandas, a sculptor, an instrument builder studying violin-making at Philip Injeian’s downtown violin shop, and a former manager of a company that built life-size animatronic dinosaurs, took the lead, and built 10 normal sized, and 1 large bass Intonarumori instruments. Meanwhile, Ziyun Peng, and I have been asked to collaborate, and compose for the concert.

Our initial idea was to make this piece incredibly melodic, and create a modern-day ironic representation of noise. However, later we thought that everyone should be able to play the Intonarumori, not just musicians, because it’s ‘noise’. In order to achieve this, we needed a new notation system different than Russolo’s original. We wanted to stick to the original, but not as much. So first, we numbered all Intonarumori boxes, and sampled hours of audio from them. Created a 10-12 min composition in 2 weeks, and finally created a notation system to represent the composition.We then found musicians who are willing to make noise, and non-musicians who are willing to play. We wanted to maintain the balance, so only 50% of the players were musicians. The notation system worked pretty well except for the timing. We asked the players to do extra-ordinary stuff that are non-musical in every possible way, so timing the hardcore-mechanical stuff and still making it sound like noise was impossible. To address this issue, we decided to have two monitors on stage to tell everyone what to do and when to do. Technically, everything was random, however, it was also planned. So by telling the players what techniques they can use, by not telling them where to use them, and limiting the techniques to parts of the composition, we’ve successfully achieved a planned randomness. There are patterns, but the amount of randomness is enough to make the ultimate noise music. 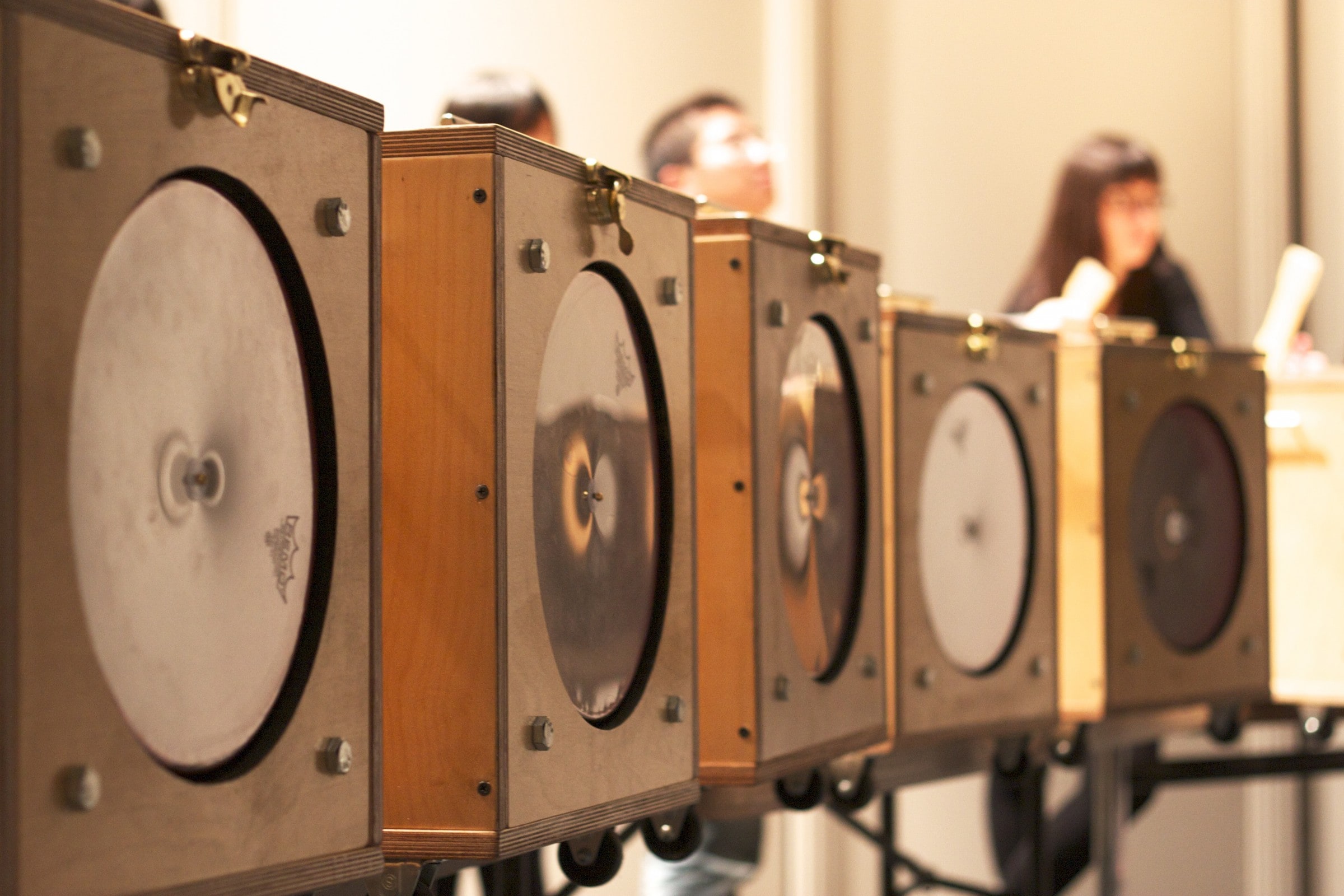 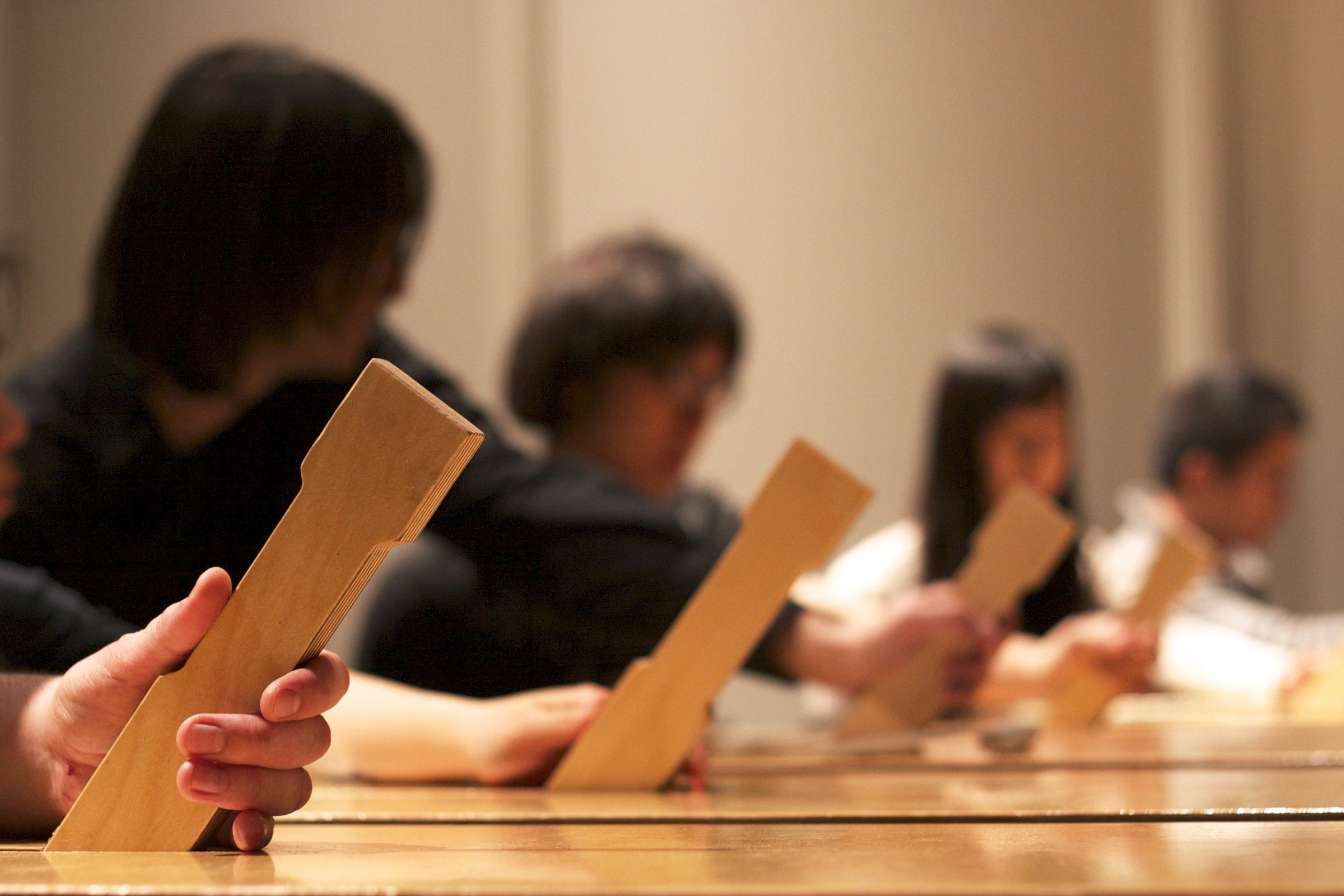 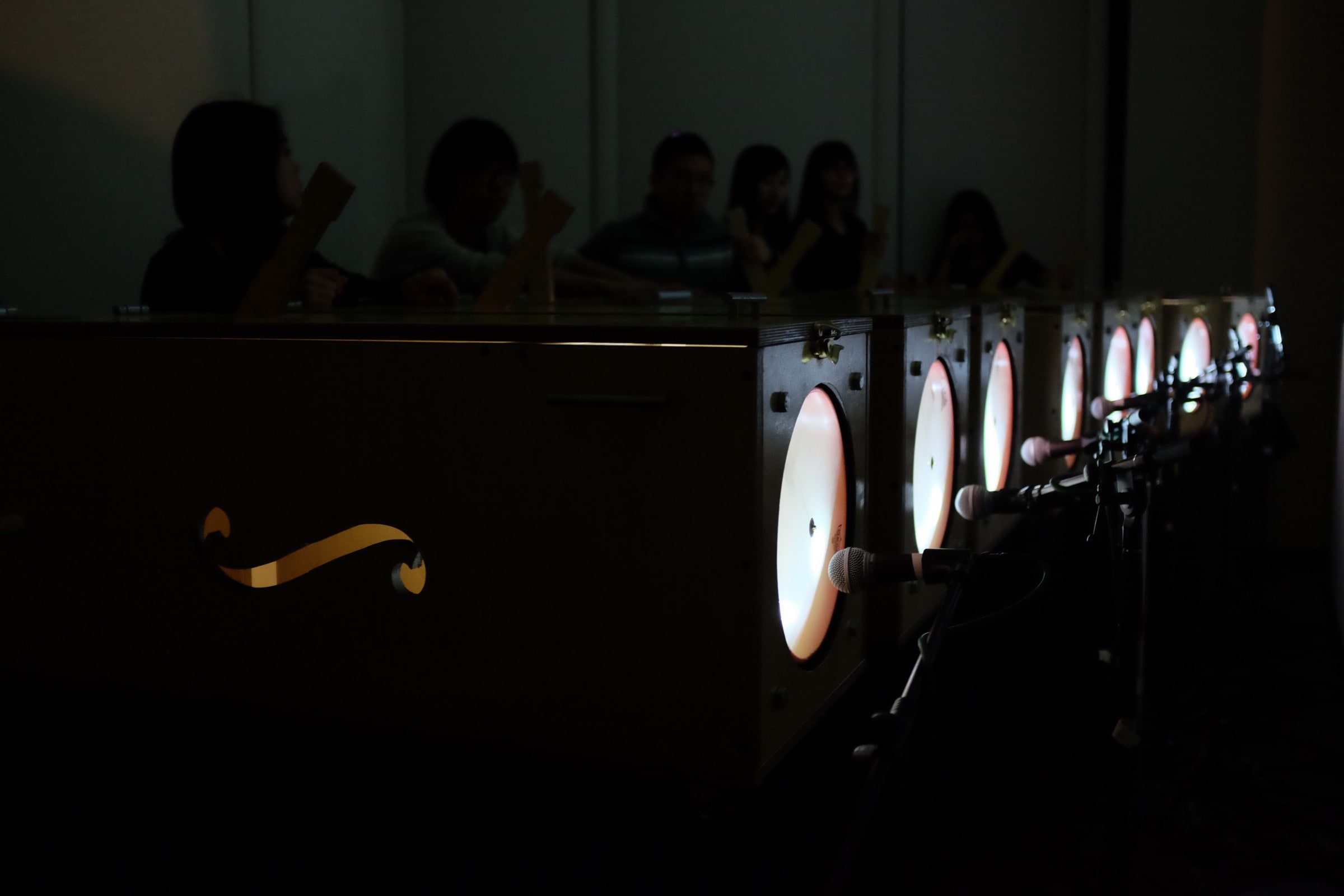 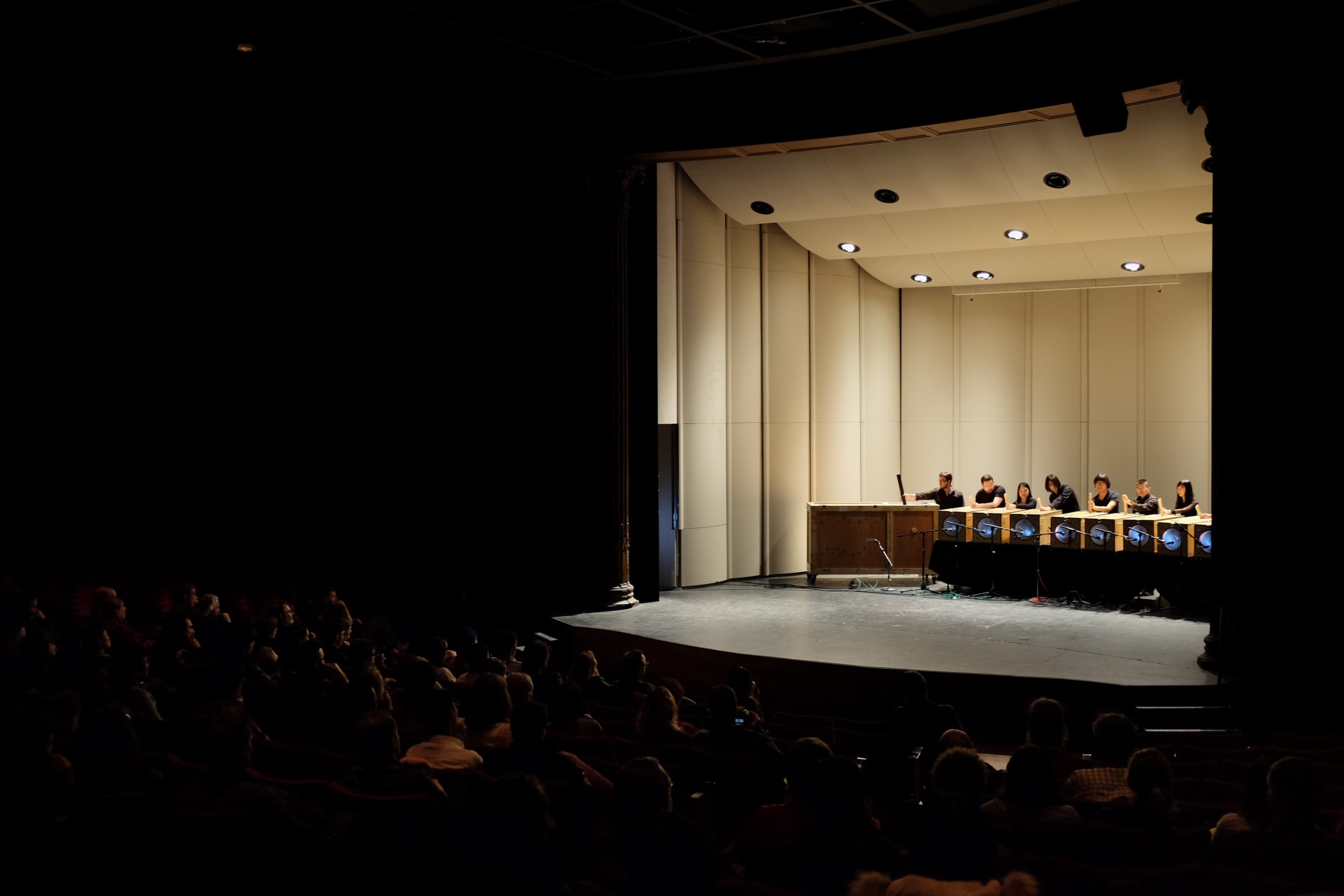 all festival photos seen here taken by Andrew Viny. special thanks to Golan Levin, Carl Bajandas and Ziyun Peng for making this possible